Lots of entries in the online shop this week! Check out everything that has already been published and will be published in the next few days:

Here are this week’s Nintendo downloads:

Also new this week in Nintendo eShop on the Nintendo Switch :

**Nintendo Switch Online membership (sold separately) and a Nintendo account are required to use the features of the network. To use the application, you will need permanent Internet access, a compatible Smartphone and a Nintendo account of 13 years of age or older. Fees may be charged for the transfer of data. Not in every country. Internet access is required for online features. The following rules apply. nintendo.com/switch-online 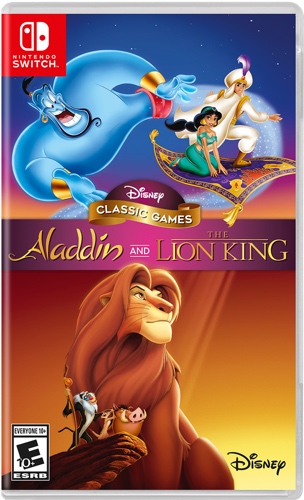 Disney games were very popular in the late 80s and early 90s. The Sega Genesis version of Aladdin and the Super NES version of The Lion King are included in the Disney Classic games: Aladdin & The Lion King collection

Read More about Aladdin & The Lion King Coming To Switch –