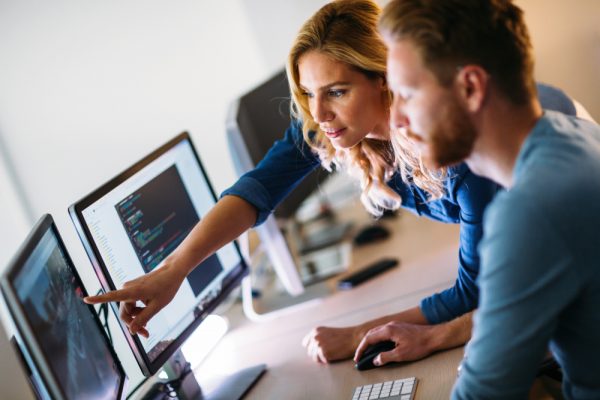 The alliance is designed to help companies navigate the complex landscape of modern technology, because it believes that a competitive advantage does not lie in owning the stack, but in being able to freely choose the best resources currently available.

We spoke with MACH Alliance President Kelly Goetsch about the way technology companies – including the giants – are changing the way they view IT infrastructure. Goetsch points to the acquisition of Salesforce by Mobify, a MACH-certified company, last September, and notes that technology leaders of all sizes have bought into this approach, setting a standard that others must follow in order to stay in the game.

BN: Can you explain what MASH means in addition to the definition of an acronym?

KG : MACH is essentially a modern, composite software strategy, defined by working with small solutions that integrate seamlessly. These state-of-the-art solutions work together and as a whole, where every detail is interchangeable. This makes it easy to replace something if, for example, the requirements have changed or a part does not work.

BN: Can you give some examples of MACH certified companies?

KG : Absolutely. At the moment we have about 20 members, some of whom have already been announced and others will be appointed soon. At this moment the MACH Alliance is proud to count the following companies among its members: Algolia, Amplience, Cloudinary, Commercetools, Constructor.io, satisfactory, Contentstack, E2X, epam, Fluent Commerce, Four51, Frontastic, McFadyen Digital, mindcurv, valtech and Vue Storefront.

Recently it was announced that the major trading platform has joined the open SaaS platform for e-commerce.

MACH certification provides companies with an additional level of protection and confirms that the supplier adheres to MACH’s strict principles and is able to deliver on its promises. Think of it as an insurance policy that adds value by guaranteeing evidence technology in the future.

BN: Why do you think it’s growing now?

KG : That’s not new. A number of technological developments over the course of several decades have brought us to this point. We had expensive and difficult to maintain mainframe computers from the fifties, which were eventually replaced in the nineties, when computers and infrastructure were mainly based on large iron servers. At the beginning of the 2000s in the REST API, at the end of the 2000s in the public cloud and finally in micro-services. All this has laid the foundation for today: We now have a front line calling API, supported by microservices that work like SaaS in the public cloud. We’ve been building this industry for decades. This modern approach enables us to achieve unprecedented levels of flexibility, productivity and cost reduction.

Add to that a pandemic that has forced companies not only to go digital, but also to do so intelligently. Those who were technologically unwilling to respond to the unprecedented changes in the economy, as we have seen, have difficulty doing so. And in some unfortunate cases, the case collapsed.

Never before has the need to be flexible and adaptable been so self-evident. I know it’s everywhere, but it’s true. This isn’t just an indication of where we’re going. We’re here, and it’s essential to have an IT architecture that can run quickly and smoothly as your business needs change.

We also hear from many companies who think there should be a better solution than the old one. These companies are tired of expensive upgrades that cost time and resources and do nothing to improve customer service. They no longer want to be tied to the roadmap of the technical giants and they want to regain their autonomy. MACH authorizes it.

BN: What needs to be done to achieve critical mass with a new technological standard like this, given that it is a hard-won battle for a fundamental change in thinking and approach?

KG : We don’t focus on critical mass, it will come with time. We focused on making something better. A lot of companies are already doing this. MACH has no sense for technologists. They took no risks and passed on their knowledge. We think that MACH is already out of the early adoption phase and is starting to spread, which is a promising sign that we are really gaining popularity.

It’s not easy to make people change their mind when it comes to things done in a certain way, as long as they remember. What is familiar and comfortable gives a sense of security. But comfort also makes us complacent, and complacency is the biggest business risk.

BN: Why do you think companies with all the advantages of MACH architecture continue to rely on the old traditional approach – the renewal of conveyor belts, as the MACH alliance calls it?

KG : Trust in the great technology and in the age-old way of doing things is still there. The new architectural approach involves rethinking and learning how things are done, which requires commitment. That’s why the MACH alliance exists – not only to promote this new approach, but also to advise companies on how to implement it in their own companies, how to build teams and how to manage processes. We help companies reach the next level of digital maturity. It’s not nothing, but it’s worth it. And once the change is over, it will be easier to move on, forever. Imagine how much time and money you can spend on innovation if you don’t invest in modernising old systems.